You just spent one hour too many wearing those stylish but uncomfortable high heels. Now your tired old feet could use a serious rubdown. Come to think of it, your lower back kind of hurts, too. The solution? Slip into some sensible footwear and find your way to a reflexologist stat. This alternative therapy uses a reflexology chart; a diagram of pressure points in the foot to ease foot pain and relieve tension in general, too. Here’s everything you need to know. 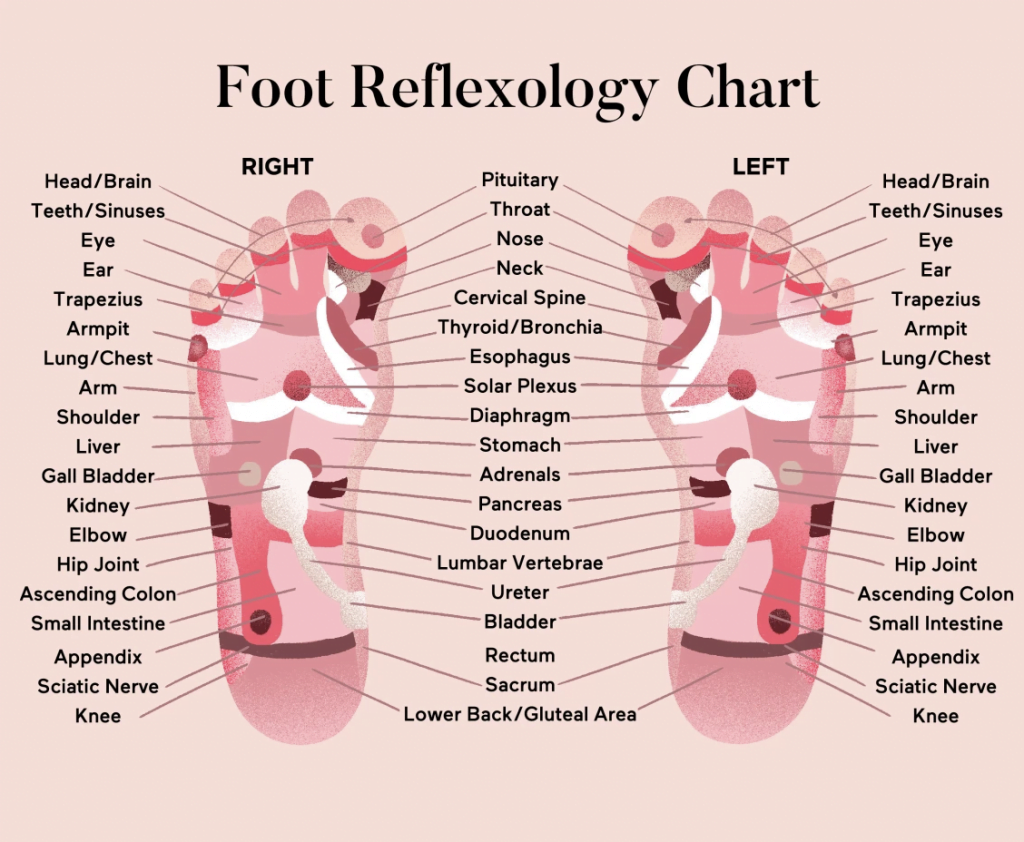 What is reflexology?
Reflexology is a form of massage with roots that go back to ancient Chinese medicine. The technique used relies upon a map of the feet, which identifies pressure points that supposedly correspond to organs and muscles in the body and can stimulate the endocrine and nervous systems. In other words, reflexology is a foot rub with targeted goals attached to it. For example, a reflexologist might focus on your heels if you’re suffering from pelvic or sciatic pain and the tops of your four toes for sinus trouble.

Does reflexology work?
If the outcome you’re hoping for is stress relief and a feeling of general wellness, then the simple answer is yes, reflexology can work. That said, reflexology is ultimately just a form of massage and should not be relied upon to treat serious health issues. Many studies show that reflexology is beneficial to well-being by increasing relaxation and lowering stress (similar to other forms of massage).

What are the benefits of foot reflexology?
As previously mentioned, stress reduction and relaxation are the central rewards of reflexology. Both anecdotal evidence and scientific research suggest that reflexology can help reduce fatigue, insomnia and chronic pain. These conditions are often either caused or exacerbated by psychological symptoms such as anxiety.

తెలుగు
Book your service today with one of our curated stylists/beauticians!
Book Now!